Jennifer McMahon was born in 1968 and grew up in her grandmother’s house in suburban Connecticut, where she was convinced a ghost named Virgil lived in the attic. She wrote her first short story in third grade. She graduated with a BA from Goddard College in 1991 and then studied poetry for a year in the MFA in Writing Program at Vermont College. A poem turned into a story, which turned into a novel, and she decided to take some time to think about whether she wanted to write poetry or fiction. After bouncing around the country, she wound up back in Vermont, living in a cabin with no electricity, running water, or phone with her partner, Drea, while they built their own house. Over the years, she has been a house painter, farm worker, paste-up artist, Easter Bunny, pizza delivery person, homeless shelter staff member, and counselor for adults and kids with mental illness — She quit her last real job in 2000 to work on writing full time. In 2004, she gave birth to their daughter, Zella. These days, they’re living in an old Victorian in Montpelier, Vermont. Some neighbors think it looks like the Addams family house, which brings her immense pleasure.

In a quest for a simpler life, Helen and Nate have abandoned the comforts of suburbia to take up residence on forty-four acres of rural land where they will begin the ultimate, aspirational do-it-yourself project – building the house of their dreams.

When they discover that this beautiful property has a dark and violent past, Helen, a former history teacher, becomes consumed by the local legend of Hattie Breckenridge, a woman who lived and died there a century ago. With her passion for artifacts, Helen finds special materials to incorporate into the house – a beam from an old schoolroom, bricks from a mill, a mantel from a farmhouse – objects that draw her deeper into the story of Hattie and her descendants, three generations of Breckenridge women, each of whom died suspiciously. As the building project progresses, the house will become a place of menace and unfinished business: a new home, now haunted, that beckons its owners and their neighbors toward unimaginable danger.

PRE-ORDER YOUR SIGNED COPY FROM THE GALAXY BOOKSHOP!

We will fulfill orders for signed copies of The Invited, which has an official on sale date of April 30, 2019. 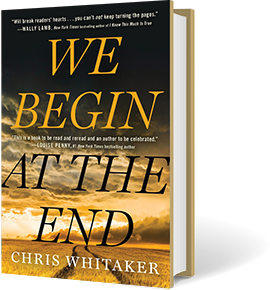 This week in book jacket design trends:
Do your kids like to tackle the Golden Dome Book Award list (formerly the Dorothy Canfield Fisher Award)? We have the whole list in stock!
Last week, our community lost a special voice when poet Phyllis Larrabee died. She left behind a legacy in her many poems - some published and some not. Here, we share a piece of a poem she wrote for us on the occasion of the bookstore's 20th anniversary, along with a poem from a collection she published last year with artwork by Gina Jenkins.
It's been a while since we did a #newtitletuesday here, but there are some really great books coming to our shelves! This is just a sample - come in to see more!
A perfect afternoon in the NEK to take your book outside. 🌞📚
A few recent releases from Vermont authors! Come by to see what else is fresh at the bookstore. 📚😊
The Galaxy Bookshop will be closed on Sunday, April 4.
Eddy thinks you will love our new children's section rug! #bookstoreimprovements #bookstoredogs #ruggable
Contrary to popular belief, booksellers don't spend all day at work reading. However, one might sneak into work early and hide in the back to try to finish the last 50 pages of the galley she's really loving. (CURSES, by @lishmcbride - coming July 20 from @penguinkids , a totally delicious retelling of Beauty and the Beast.) Pre-order at your local indie!